This is Day 20 of 21 Days of Hope + Help for Your Money, a series providing you encouragement and tips to start the year off on a note of hope. Catch up on previous posts here. For future posts, come back daily or subscribe to have them emailed directly to you.

Have you ever been so afraid of something — maybe something you had to do or try — that you avoided it? And the more you avoided it, the scarier it became? But once you finally faced it, even if it was scary, it wasn’t nearly as bad as you built it up in your head?

That is often the case with our finances — specifically with our debt. We tend to avoid finding out just how much debt we owe. We know it’s bad, but we’re terrified to find out just how bad.

When I was overwhelmed with my debt, not knowing exactly how much I owed prevented me from taking significant action. But once I added up everything and learned the specific number, I was empowered. Still scared, yes, but I was able to “own” my debt and face it.

If you don’t know how much debt you’re in, keep in mind that the fear of the unknown quite often can be scarier than reality. Yes, the truth might be frightening, but delaying finding out and facing your situation will only heighten your fear.

If you don’t already know how much debt you owe, find out today. Go through your statements and add up the payoff amounts or total balances due for all your debt accounts. (Remember, you’re looking at the total amount due, not the monthly payments.)

No matter how big the number is, now your debt has a “name,” and you’ll know exactly what you’re up against. 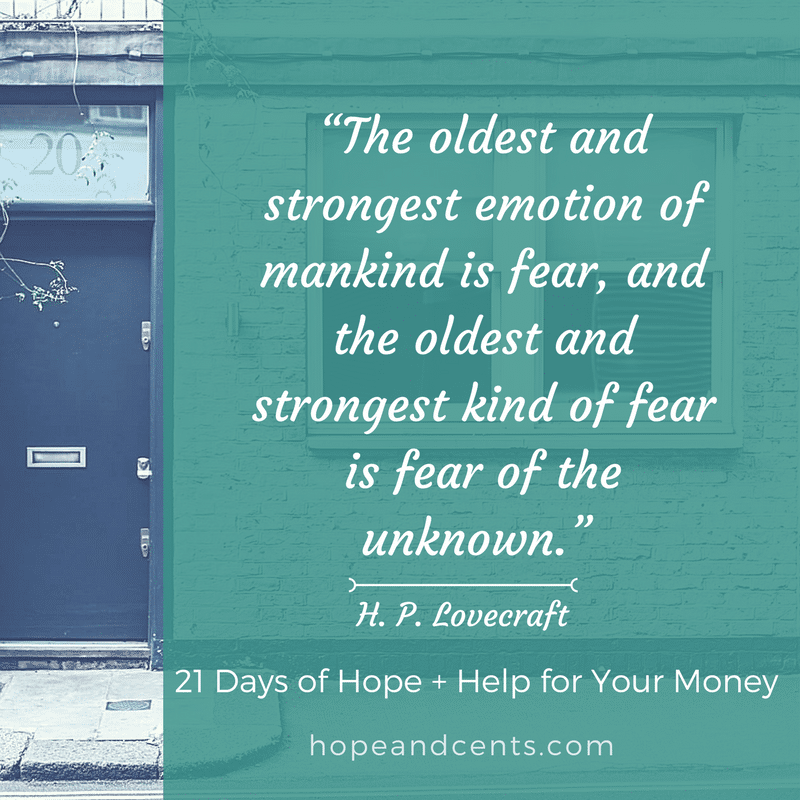 Have you been avoiding totaling your debt? Are you ready to find out what you owe?